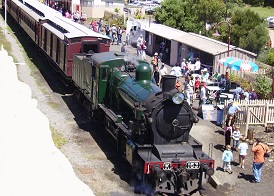 Experience the magic of train travel in a bygone era. 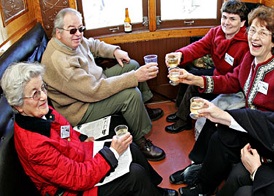 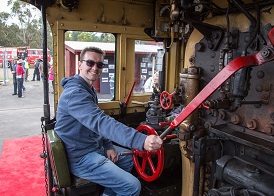 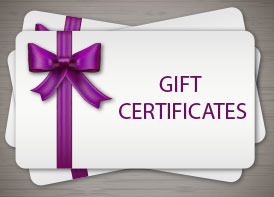 Buy an experience, a gift they will always remember.

Just a reminder send us your children’s questions as a DM for Batman🦇to answer by 4pm today 23/09.
We are all so very excited for all children to have Batman🦇 take time to answer these important questions.

Due to the current situation, that has sadly kept the railway closed to the public this school holidays, we have not been able to run our usual Spring holiday Superhero Special Train Rides.
Our friend, Batman was so looking forward to giving us his time this year for a visit, and has offered to answer any children’s questions in a video message later this week.

Can families please record your children asking a question, or two, for the caped crusader. We will then make sure it is sent off for his reply within the upcoming video.
Please DM the railway as soon as possible so we can send them all in on Wednesday at 4pm. We look forward to bringing this holiday activity with a difference.
Photo with thanks Yorsys Photography. ...

Thanks to everyone that has already sent our team questions for Batman 🦇. Keep them coming looking to be a great first Superhero activity this year.

The Mornington Railway Preservation Society Inc. is embarking on a large project to refurbish a number of key components on our Green K Class Locomotive. The project will be exciting to follow and support, however a massive requirement from key technical volunteers and funding is required to complete these critical repairs.

To support this project we hope to crowdfund $25,000 for the purchase of costly plain bearing and axle box material, complete machining of crank pins and turn K163's wheels to the right profile. A number of smaller tasks will also be completed on the K163. These tasks will help our K class continue to run into the future, as K163 is the lifeblood of the Mornington Railway, completion of these maintenance tasks are critical to the ongoing sustainability of the Mornington Railway.

Please Note: Must meet the minimum requirements for trundle and driver experience products, to be eligible for these products.
As the MRPS is a registered charity, all donations are tax deductible!

Come visit our website and support our community group!
gf.me/u/ykbsxz ...

Recently a local production company arranged to visit the railway, to capture some footage for their clients upcoming video. As a Thank You and part of the negotiated agreements between parties they captured K163 departing Moorooduc on one of our regular excursion trips. Producing this short video for us with some of the extra footage taken during the morning of filming. To assist our team with the return of steam we have go fund me. au.gofundme.com/f/keep-k163-going ...

That CW is looking really good, can't wait to see the whole pass car fleet repainted to match it 🙂

3ABL is arguably one of the most historically significant vehicles in the railways collection and is one of only two known survivors of the ABL type carriages. Built in 1900, 3 is a composite class carriage, meaning it has both first and second class seating, with a wall separating them in the middle. ABLs were a part of an important design step that was further developed into the better known V, E and W type carriages. The ABL’s (along with its counterparts the AL’s & BL’s) introduced lavatories as standard for commuters, which were easily accessible by the new side corridors introduced by this type of carriage. By the 1960s, the ALs, BLs and ABLs were mostly withdrawn from service, with most being scrapped. Some had their interiors gutted to be made into work vehicles with some also being turned into sleeping carriages for railway workers.

3ABL was converted into 85WW, a workmans sleeper in 1961. It continued as such until taken off the Victorian Railways register in 1985. While workman sleepers were often gutted and modified, this carriage was luckily unaltered, only having its interior painted a pastel green (opposed to the original polished wood finish). In 1996, after sitting stored for 11 years, it was sold to the Mornington Railway and transferred to the society's base at the time, HMAS Cerberus. After being transferred to our current base Moorooduc along with the rest of our stock in 1998, the carriage was given a basic cosmetic overhaul as part of a life extension. In this process it was reverted back to 3ABL. It has since remained outdoors and tarped until 2019, when the tarp was destroyed in a storm and it was brought into the shed alongside 86BPL and 7CV, our other restoration projects..

3ABL is in remarkable condition, especially when its age is taken into consideration. Presently the carriage is 120 years old. Internally almost all the original teak panels are present with the majority having the workman sleeper green paint removed. Externally, it requires some work, but nothing on the scale of our other restoration projects. The roof has been inspected and found to be in good order.

To honor this carriage’s rich history and give it a place in the spotlight, the carriage team aim to one day restore 3ABL to as close to as built condition as possible, with hematite brown, yellow ochre striping, ornate writing, scroll-work and polished brass. Internally she’d be made new again, with padded doors and operational clerestory windows.
While this may be a long time away, much planning, research and preparation is being done in the background to prepare for the day 3ABL once again graces the rails. ...

Jarrod decent images of an ABL at last! 😛

Great to see the work being done to 3ABL but there are a few errors in the history of the carriage in the story presented. The MRPS did not obtain the carriage from the railways. When it was removed from the rollingstock register it was sold to a farm at Baddaginnie near Violet Town. During a drive I spotted it and approached the owner to have a look at it. What was significant was that, while the bogies were missing, the frame tensioning bars had not been cut off and it was sitting supported by sleepers. We negotiated with the owner who donated it and transported it with his truck down to the Cresco siding near Hastings where the MRPS was based at the time. It certainly wasn't 1996 but more like 1987 or early 88. The ARHS railway museum had two suitable bogies (as indicated with timber bolsters) which were also donated so as to complete the carriage. At Cresco the exterior of the carriage was stripped down and painted to ensure its long term preservation. At the time the society planned to restore 45ABL which was on loan from the ARHS and secured agreement that end platform car Melville would come to the society when no longer required by the railways. This would have produced a very historical carriage set. There were also the three fixed wheel workman sleepers which were planned to be restored as carriages aka the veteran cars used at Maldon in recent years. The society sourced most of the fittings and much pannelling to return all of these cars to service.