Since the last project update there has been alot of work taking place on K163.

During the test and commissioning process a potential issue was identified with the left cross head. As a result the cross head was disassembled from the engine and subject to Non Destructive Testing (NDT) to investigate further. The NDT confirmed a crack in the casting which required addressing. Fortunately being a low carbon steel, after consultation with a metallurgist and structural welding inspector it was confirmed that repairing the casting was a possibility. A structural welding procedure was developed as per Australian Standard (AS) 1554. 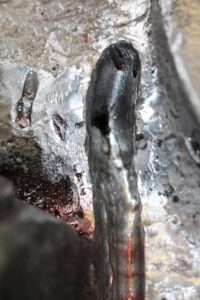 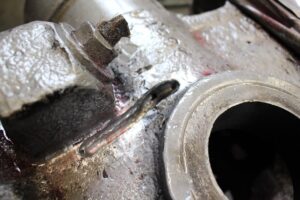 Puffing Billy Engineering Services were engaged to undertake welder pre-qualification, repair preparation, welding and NDT while Colin Mongta Inspection Services (CMIS) agreed to provide guidance and perform supervision of the process to comply with the standard. The repair was skillfully started and during the preparation an internal inclusion within the casting was discovered, which could clearly be seen as the crack initiator. The inclusion is a small void/defect which has existed in the casting since manufacture. The crack and inclusion was fully removed before the weld repair was undertaken. 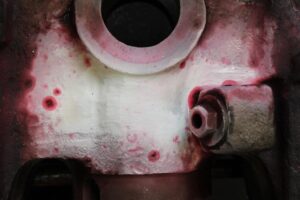 With the repairs completed and verified, the reassembly process was commenced recently. It was decided to string line again to confirm slide bar alignment and some minor adjustments were completed. Some work remains to complete reassembly including fitment of the little end bearing and gudgeon pin for the connecting rod before further testing & commissioning is undertaken.

As always the support of our members, supporters and the general public would be greatly appreciated while we bring this project closer towards completion. 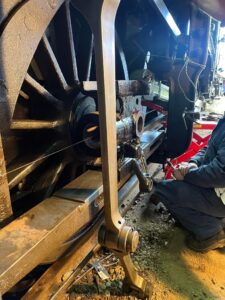 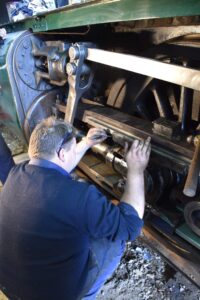 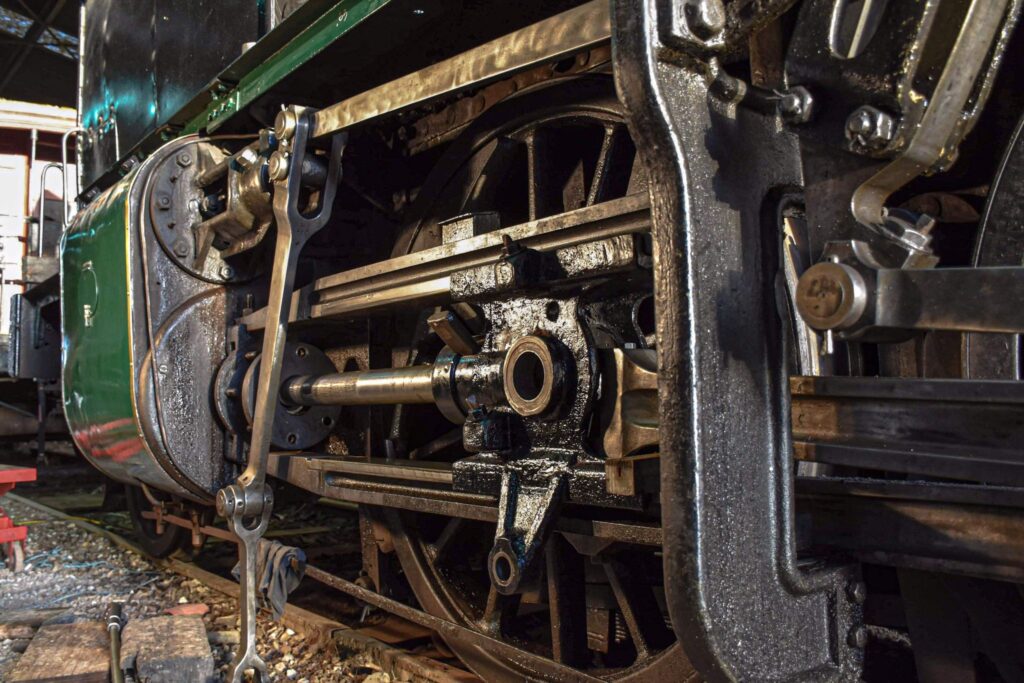